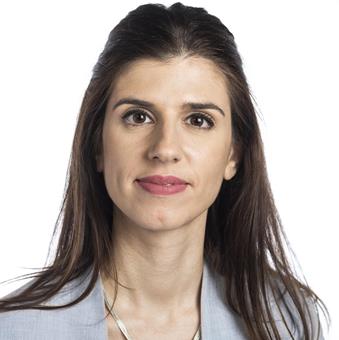 Eleni Stavrinidou received her Bachelor’s degree in Physics in 2008 from Aristotle University of Thessaloniki (Greece) and then her Master’s degree in Nanotechnology from the same university, in 2010. She then joined the group of George Malliaras at the Department of Bioelectronics of Ecole Nationale Supérieure des Mines de Saint-Étienne (France) where she completed her PhD on Microelectronics in 2014. Her work there focused on understanding and engineering ion transport in conducting polymers.

Stavrinidou then joined the Laboratory of Organic Electronics (LOE) of Linköping University as a Postdoctoral Scholar working with Magnus Berggren and Daniel Simon. During her post-doc she developed organic electronic devices integrated within living plants, introducing the concept of Electronic Plants. In 2016 she received a Marie Skłodowska-Curie Fellowship.

In 2017 Stavrinidou became an Assistant Professor in Organic Electronics at Linköping University and established the Electronic Plants group in 2018. She received several grants including a Swedish Research Council (VR) Starting Grant and she is the Coordinator of the HyPhOE-FET-OPEN project. In 2019 she received the L’ORÉAL-UNESCO For Women in Science prize in Sweden. In 2020 Stavrinidou became Associate Professor and Docent in Applied Physics. The same year she was awarded the Future Research Leaders grant of the Swedish Foundation for Strategic Research. In 2021 Eleni Stavrinidou received affiliation for her and the Electronic Plants group from the Umeå Plant Science Center. Her research interests focus on organic electronics for plant monitoring and  optimization, energy applications and bio-hybrid systems. 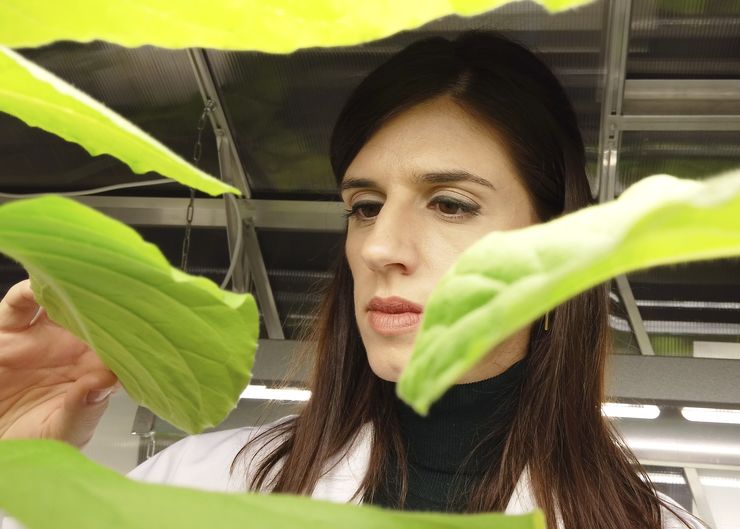 Incorporating electronic and responsive materials in plant cells in order to produce composites that maintain the living properties of cells and, in the long term, create sustainable systems using nature’s own methods is the focus of her project.

Children who became researchers – their stories in a new book

The children’s book “Forskardrömmar” (“Dreams of Research”) opens the door to the university and tells the stories of children who became professional researchers. Two researchers from LiU describe their childhood and how they ended up as researchers

Researchers at LiU have developed biosensors that make it possible to monitor sugar levels in real time deep in the plant tissues. The information from the sensors may help agriculture to adapt production as the world faces climate change.

Eleni Stavrinidou and her research group at the Laboratory of Organic Electronics, Linköping University, have used bioelectronics to influence transpiration in a tobacco plant, without harming the plant in any way.

Award to Eleni Stavrinidou for work with electronic plants

Eleni Stavrinidou, Laboratory of Organic Electronics, is to receive the 2019 L’Oréal-UNESCO For Women in Science Prize for her research into electronic plants. It will be presented by the Swedish minister for higher education and research.

Electronic plants have aroused intense interest all over the world. Eleni Stavrinidou, principal investigator in this field at the Laboratory of Organic Electronics, has been awarded EUR 3.3 million for the Horizon 2020 project HyPhOE.