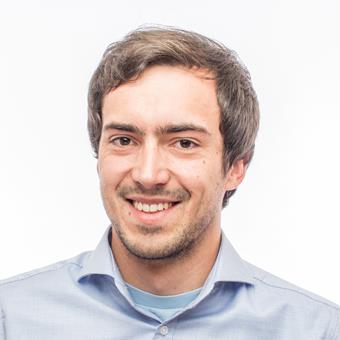 I explore interactions between trace elements, microbial communities, rheology dynamics and foaming potential of sludge in biogas reactors. These parameters can, through different mechanisms, affect operating costs and efficiency of biogas plants.

Biogas reactors are being increasingly used around the world to produce renewable energy while at the same time aiding us with managing the ever increasing amounts of waste. We are striving to use new substrates in order to produce more biogas. This, however, sometimes leads to unexpected problems with shifts in rheology (i.e. fluid behaviour) and foaming. Both are serious problems in the biogas industry today as they lead to an overall lowered process performance due to increased energy consumption and/or decreased biogas production.

Rheological analyses allow us to determine how the biogas reactor fluid behaves with different substrate mixtures, at different stirring intensities, and how this might affect the energy consumption for stirring and pumping of the reactor fluid. This in turn has a direct influence on the economics of reactor operation. In the most extreme cases, changes in fluid behaviour may even lead to damage of the mixing equipment in the reactor.

Insufficient mixing, caused by rheology shifts, may also contribute to the accumulation of excessive amounts of foam at the liquid surface, which can become a serious problem. It negatively affects the whole digestion process, potentially causing a whole range of operational problems which ultimately lead to decreased revenue of the affected biogas plant. It is considered as one of the most frequent and problematic operating problems in biogas reactors today. This is because an affected plant will suffer production losses and increased costs due to having to dispose of the foam, as well as potential physical damage to the reactor.

My research is therefore focused on elucidating the connections and interactions between trace elements, microbial communities, rheology dynamics and foaming potential of anaerobic sludge in biogas reactors. I am particularly interested in determining whether or not we can identify new process parameters that could be monitored in order to predict and prevent undesired shifts in rheology and/or foaming potential.

Biogas production can be more efficient, with the right choice of organic material

Luka Šafarič doctoral thesis shows that the organic material that is fed into the reactor affects the thickness of the sludge, and ultimately, the reactor’s efficiency.