A model to simulate heart function in individual patients has won first prize as the best academic contribution to a global competition in 2019. The model is the brainchild of Jonas Lantz and several other researchers at LiU.

For the very first time

LiU researchers have for the first time been able to use images from computer tomography to calculate and visualise heart function in a patient. The modelling process is based on previous simulations of flows within the aeronautical and motor industries, which have now been applied to the flow in human blood vessels. More information about the project is given below.

The company behind the software used, Ensys, has selected the work as “Best in Show 2019: Academic”, in competition with contributions from several universities in Europe and the United States. A video presentation of the model is now displayed in a “Hall of Fame” on the company website. 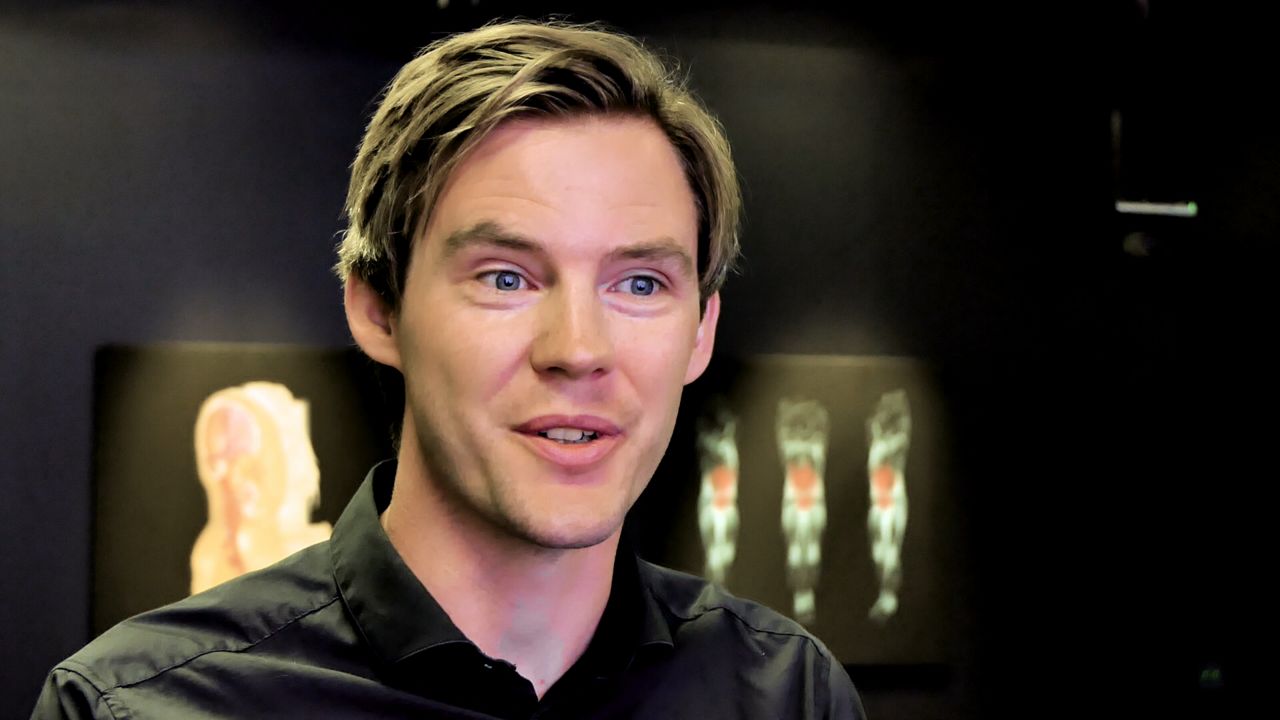 Jonas Lantz took his doctorate in applied thermodynamics and fluid mechanics and is currently working in the Division of Cardiovascular Medicine and the Center for Medical Image Science and Visualization (CMIV). Computers at the National Supercomputer Centre at LiU have been used for the calculations.

The research group includes scientists from several divisions in the Department of Medical and Health Sciences, and Matts Karlsson, director of the National Supercomputer Centre and professor of applied thermodynamics and fluid mechanics.

“This is a good example of how we manage the infrastructure we have at LiU, with magnetic resonance cameras, computer tomographs and supercomputers. We don’t sit in our own isolated rooms: it’s easy to carry out cross-disciplinary research at LiU."

"We need people with one foot in each camp, such as Jonas Lantz, since the methods have been taken from medicine, image processing and classical fluid dynamics”, said Matts Karlsson in a previous article about the project.

Blood flow in the heart revealed in a flash

Researchers at LiU have for the first time been able to use information from computer tomography images to simulate the heart function of an individual patient. Some of the modelling methods they use have been developed in the motor industry.

The National Supercomputer Centre (NSC) at Linköping University in Sweden is a provider of leading edge national supercomputing resources.