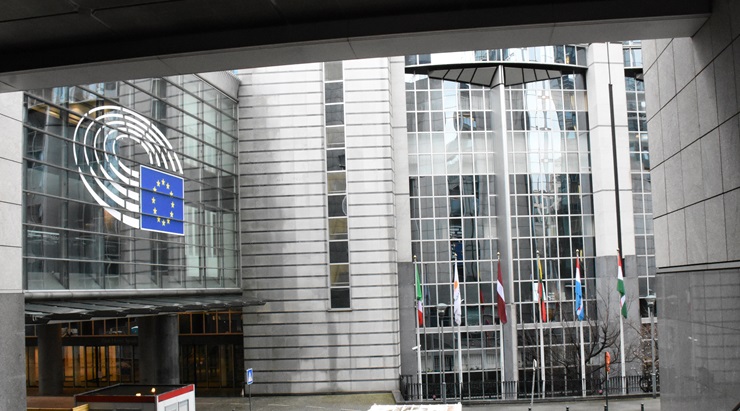 Politics concerns how society is organised and directed, and how common resources are distributed. Linköping University carries out research into politics and power not only in the field of political sciences, but also in several research centres and organisational units that, together with researchers from several other fields, address the challenges society is facing from a political perspective. Examples of such challenges are migration, local politics, and sustainable development and the climate.

Politics is normally associated with the exercise of public power in society, the power that is seen and exercised by elected bodies and through government agencies of various types. This is one central element of the study of politics, since such decisions create the preconditions and context for other political relationships and contexts. But we meet politics in all parts of life. It is a very old idea that humans are fundamentally political beings. That which makes us human is that we are placed into a context with other people, and we must therefore agree on how to organise our common life. Thus, we find politics in private contexts such as workplaces, in social bodies and organisations, and in the family and the home.

In today’s world, our everyday life is influenced not only by decisions made in the municipality or in the Swedish parliament, but also by EU regulations and institutions, and by global negotiations. Thus, our research moves between the local society and international politics.

When we understand how policy is formed and functions in both the public and private spheres, we can also understand how resources are distributed, who is given power, and the consequences of these decisions. This is why in our research we describe the nature of political relationships and contexts, and their results. We describe, for example, how international climate negotiations are carried out, who is allowed to participate and who is excluded, the questions that are discussed and the solutions that are chosen.

Research in politics often has also a normative aspect, stating how society should be controlled and organised. This may take up such values as democratic participation, justice and efficiency. In addition to the normative and descriptive aspects of our research, it can contribute also constructive suggestions. One example is how democratic participation can be strengthened, while another is how public administration can manage common resources better with the aid of new technology, while preserving legal certainty and democracy. In a democratic society, research is needed that critically and constructively studies politics, and brings new knowledge to societal debate.

CKS (Centre for Local Government Studies) is a research centre for studies on local politics, organization and development.

Citizens' participation in public elections are crucial to a functioning democracy. Our research on these topics is mainly about voter behavior and participation.

New complex problems and challenges such as climate change, finance and migration crises can not be resolved within the traditional political organizations. They demand new forms of governance at local, regional and global levels.

The research on digital public administration is about how new forms of public services affect relationships with citizens and how citizens are using digital services in their daily lives.

Local and regional politics and administration

Research that put their focus where people live their daily lives. In local communities, whether it be in a small community on the Swedish rural areas or in a refugee camp in Syria.

Climate change politics and policy characterizes the research conducted at CSPR. The research spans from local to the global level aswell as from emission reduction to adaptation and transformation processes.

Collaboration on the climate must build on those measures proposed under the new guidelines in the Paris Agreement 2015. In the project here, the climate policy measures of different states are compared and set in relation to their preconditions.

The focus of this stream are strategies for "renewal", in Europe, as part of changes of welfare policy. Strategies for development, inclusion and diversity, from the post-national to the local level, are examined.

This is a research field where culture and its diverse expressions and power plays, but also the production conditions involved in cultural production, is put under critical and analytical scrutinizing, examined, described, and negotiated.

Organisations, businesses, researchers and representatives of aboriginal populations make important contributions to the decisions made at climate change negotiations – according to the decision-makers themselves.

In the suburbs, Big Brother is watching you

Video surveillance and walls that stop people from socialising in the streets. This is reality for the residents of suburbs that are upgraded. People who have been tasked to improve these suburbs see them through their own filter of suspicion.

Acceptance of the state actively trying to influence individuals to make decisions that are beneficial for both the individual and society – known as “nudging” – is high both in Sweden and in the United States.

Critical assessment of the Baltic Model

Austerity packages work. Look at the Baltic countries: they responded to the financial crisis with drastic measures. And succeeded.

Economics looks into the approaches chosen by individuals, families, organisations and nations, in order to pursue various objectives using their resources, and what the consequences are.

International migration and ethnic  relations is a large multidisciplinary field of research at Linköping  University.