South Africa’s largest city, Johannesburg, wants to reduce its impact on the climate, solve its problems with waste and become an environmentally sensitive city. Representatives of the city have come to Linköping and met Professor Mats Eklund in their search for ideas and knowledge. 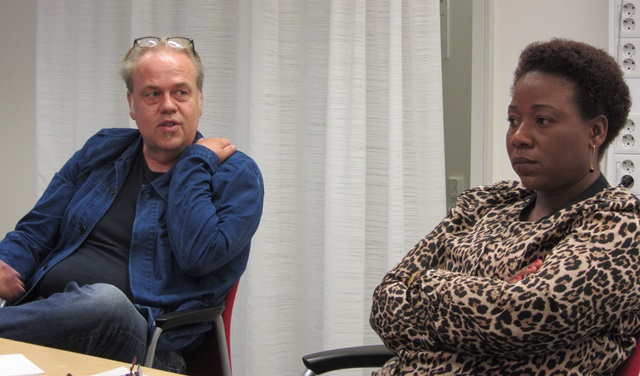 The road from Johannesburg, with its more than five million inhabitants, to the considerably smaller Linköping far in the north, is a long one. But Linköping is a centre of activity in the biogas field, and Makhosazana Baker and Thabo Mahlatsi from the municipality of Johannesburg together with Professors Edison Muzenda and Samson Masebinu from the University of Johannesburg found the journey to be well worthwhile. Despite significant differences between the two cities, the visitors were greatly inspired, and have great hopes for continued research collaboration.

“We have applied for funding to both South African and Swedish bodies,” confirm Mats Eklund and Edison Muzenda. Mats is professor in environmental technology and director of the Biogas Research Center at LiU, while Edison is professor at the Process, Energy and Environmental Technology Station at the University of Johannesburg.

The South African delegation has been here for two weeks now, and participated in the international biogas conference that was held under the auspices of the EU programme ATBEST. The members have also visited Tekniska verken, met local politicians in Linköping, held discussions with LiU researchers active at BRC, visited Scandinavian Biogas and other companies, and studied biogas-powered buses at Scania in Södertälje.

Johannesburg is facing many challenges, including social unrest, political instability and economic problems. The latter hits environmental work hard, in particular the need to solve waste management. Within a few years the four landfill sites around Johannesburg will be full, and permission to open new ones will not be granted.

The municipal company Pikitup deals with 1.5 million tonnes of refuse every year. Nearly all waste from households and industry in the city currently ends up in the landfills, and only 7% is recycled.

Much of the waste is organic 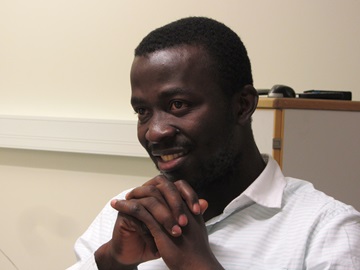 “Our goal for 2040 is to reverse these figures, with only 7% being dumped in landfill sites. The rest is to be reused or recycled,” says Samson Masebinu.

Together with his colleagues at the University of Johannesburg he has investigated and categorised the waste at one of the city’s landfill sites, and shown that as much as 34% of the waste is organic matter. The city itself operates a large fruit and vegetable market, which alone generates more than 327 tonnes of organic waste a day. This is an excellent substrate for biogas production, and a useful resource in a city that lacks a viable fossil-free alternative fuel for its buses.

While it is true that several biogas generators have been installed in the region, they are used to generate electricity, which is also important for a city such as Johannesburg.

“What we have seen during our visit is that the EU is a powerful driving force, and that there is a political will here, with well-developed collaboration between the municipalities, companies and municipality-owned companies. The general public is committed and plays its part. You have set up schedules and know what the next step is to be. You have the economic strength and appropriate business models, and - not least - you have sound research that supports the measures taken. All of these factors mean that you can think in terms of an integrated system,” concludes Samson Masebinu.

“Working in an integrated system is, of course, impossible unless the different actors collaborate. And such a system takes time to build up. What’s important for you is to determine which actors are important and persuade them to work in a wider perspective. It’s not for me to tell you what to do: indeed, I’m not able to do so. But I can advise you not only to work with long-term objectives and visions but also to start to build at a small scale in order to gain experience. And don’t make promises that you can’t keep,” Mats Eklund told the visitors.

Makhosazana Baker and Thabo Mahlatsi (left) nod, and point out that the city also needs closer collaboration with the University of Johannesburg. They are grateful to the university for arranging the trip.

Tend to drop in 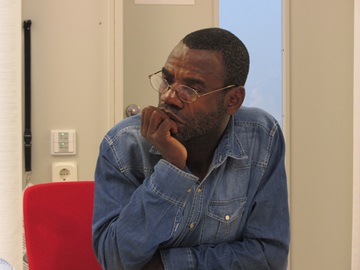 So how did you end up in Linköping?

“Well. it’s like this,” explains Professor Edison Muzenda. One of his colleagues spent a sabbatical in Germany, where interest in biogas is considerable. The researchers in Germany, together with internet-based searches, led them to discover the Biogas Research Center and Mats Eklund.

“It’s not usual to make formal appointments for meetings in Africa: we tend to just drop in,” explains Edison Muzenda.

So the South African professor appeared without warning in Mats Eklund’s office, looking for contact.

“That’s right - he just dropped in, so I had to listen to what he had to say,” laughs Mats Eklund. “I asked whether he had travelled all the way from South Africa just on the offchance, but, no, he had only travelled from Germany!”

There was a meeting of minds, and if the two partners get what they want, the next meeting will be at the University of Johannesburg at the beginning of next year.