Drone traffic to be examined

How will drones be used in the future? What regulations are to apply, and how can these unmanned craft safely share airspace with traditional air traffic? These are questions that LiU researchers will be looking for rapid answers to. 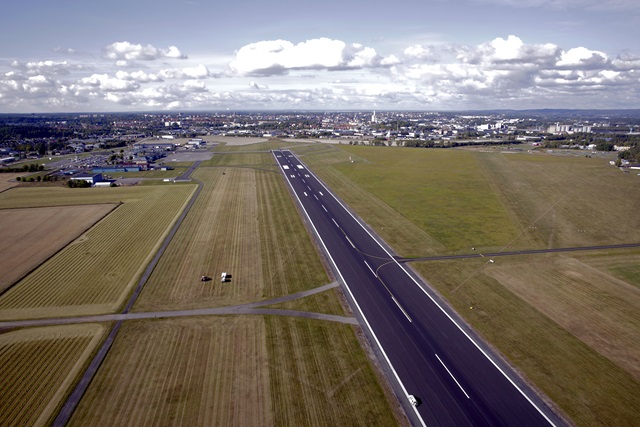 Norrköping Airport, photographed by a Spotscale drone. Photo credit: SpotscaleUnmanned aerial vehicles, otherwise known as “drones”, are becoming evermore common in many fields. It may not be too long before we see them flying over our town and city centres.

A research group led by Associate Professor Jonas Lundberg of the Division for Media and Information Technology is to use the coming two years to determine what are the most probable future applications of drones, and where the vehicles will be taking off and landing. For this reason, the research group also contains LiU experts in the design of services.

The results are to be visualised in 3D with the aid of detailed images from parts of Norrköping, Norrköping airport and a logistics centre.

“The visualisation, together with ordinary maps, will give us reliable information on which to base discussions and exchange experiences,” says Jonas Lundberg.

The goal is to work with flight controllers, drone manufacturers and Norrköping municipality to identify the challenges involved in having drones flying over a city centre. And, importantly, to work out how it is possible to arrange air traffic management, and determine the regulations that should apply. The project is initially planned to last two years.

“We believe that it’s important to act quickly, to go out proactively and not wait until problems arise. We envisage a concept that can be used in other towns and cities,” says Jonas Lundberg.

The project will also look at how the traffic can be arranged in order to, for example, transport goods from the airport into the town, in an environmentally sensitive manner, completely autonomously, and with a high traffic density. 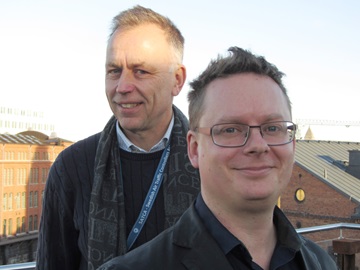 Photo credit: Monica Westman“We don’t yet know whether this is how we want to arrange things, but it is a scenario we will be examining. There are a lot of unanswered research questions here, and we have to start somewhere,” says Jonas Lundberg.

Jonas Lundberg’s colleague, Valentin Polishchuk of the Division for Communication and Transportation Systems, is carrying out in parallel a four-year project that is to find efficient routes and models to assess the capacity for drone traffic in the available airspace. The researchers in the two projects are working together, and as far as Jonas Lundberg is aware no other research group in the world is working on such a broad front with this type of question.

“One central question for both projects is how we can use airspace most efficiently, since this is a limited resource. Normal traffic and the drones must be able to operate at the same time and in a safe and efficient manner,” says Billy Josefsson of LFV.

The project, UTM 50 (Unmanned Aircraft System Traffic Management) will involve Jonas Lundberg, in collaboration with Stefan Holmlid, professor in interaction and service design at the Department of Computer and Information Science; LFV; and two companies: Spotscale and Visual Sweden. The project is financed by the research and innovation initiative taken by the Swedish Transport Administration, via LFV. 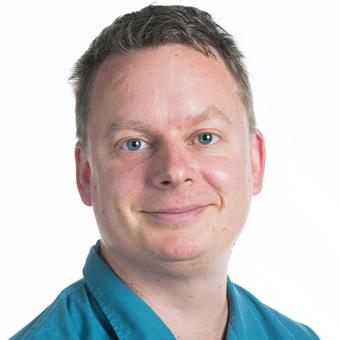 Reports of unmanned aerial vehicles (drones) that force airports to close are becoming increasingly frequent. Researchers at LiU are now starting a research project to develop models for the efficient management of the increasing numbers of drones.