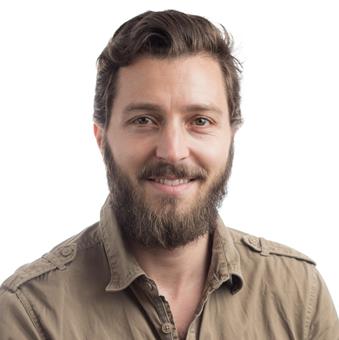 Docent in Molecular and Developmental Biology.
Group Leader at the Wallenberg Centre For Molecular Medicine (WCMM).

We study how cells regulate their gene expression during embryonic development, and how this leads to the formation of distinct cell types and organs

At the moment of our conception we were a single cell. At birth, however, we possess a complex multicellular body composed of many trillion cells (a number that looks like this 10.000.000.000.000).

Each one of these cells must execute a different task: transmitting the electrical impulses (neurons in the brain), contracting (muscle and pumping heart cells), transporting oxygen (red blood cells), and many others. But all the cells within a single organism, with very rare exceptions, possess the same genetic material. How could a single “instruction manual” impose a different identity to each cell?

Cells communicate by exchanging signalling molecules to inform each other about their position. When a signal is received from a cell, it culminates - after complicated biochemical cascades - in the activation of specific combinations of genes, causing that cell to acquire a distinct identity and function.

However, a relatively small number of signalling cascades is known. How could they drive the wide-range of differentiation fates existing in an adult body?

Understanding this is important, as several human pathological conditions arise when these mechanisms are perturbed. The discovery of novel molecular details of embryonic development bears the potential of generating new diagnostic markers and, perhaps in the future, novel therapeutic avenues for curing cancer and other pathological conditions.

We make use of sophisticated state-of-the-art tools, from mouse genetics to high-throughput biochemical approaches, to discover the composition of signals and the protein “arsenal” that, in each cell type, allows the activation of the correct genes, while leaving silent many others.

Our experimental efforts are focused on the so-called ‘Wnt signalling pathway’, a molecular cascade important for virtually all aspects of development, and whose deregulation causes human malformations and several forms of aggressive cancer. 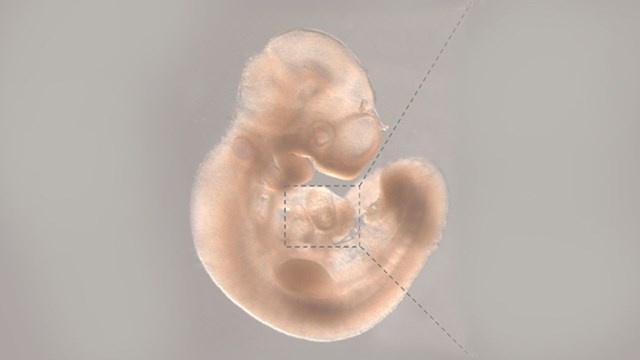 The Cantù Lab - Gene Regulation during Development and Disease

All cells of a developing organism possess the same genome. We try to understand how different groups of proteins ‘read’ the right portion of the genome in each cell, and how the perturbation of this process can cause human disease.

At the end of June, the NMMP Summer School in Transcriptomics during Development and Cancer was arranged for the first time. Around 60 participants enjoyed scientific lectures, inspiring networking, and stunning scenery.

Claudio is searching for the keys to the genome

Growing up just outside of Milan, Claudio Cantù enjoyed a strong passion for sharks and dinosaurs. The fascination for the wonders of nature eventually led him into the world of science - where he is looking for keys to unlock doors to the genome.

SEK 64 million to research in medicine and health

Fourteen researchers at LiU have received grants totalling more than SEK 64 million. This is the result when the Swedish Research Council has awarded nearly SEK 1.1 billion in research grants for the medical and health sciences.

Embryonic stem cells can give rise to every cell type in the body. A team of researchers has now identified a cellular mechanism that is important for the ability of these cells to maintain their state as stem cells.

Board member of the Swedish Development Biology Organization (SWEDBO)

At the division, the research involves studies on the molecular biology level as well as studies of biological effects on cells, on tissue, and organisms. We are also involved in medical and biomedical education programs.