Biogas – worth fighting for

“We must tell the world that we could achieve 50% of the EU’s environmental objective for the transport sector using biofuel”. Willy Verstraete, professor emeritus from Ghent, Belgium, issued a call to arms to the participants of the ATBEST biogas conference in Linköping. 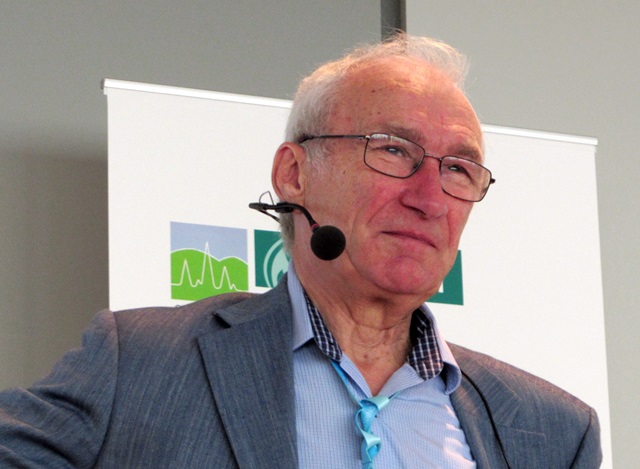 Willy Vertsraete is a grand old man in biogas research: he was appointed professor at Ghent University in 1979 and has been professor emeritus since 2011. He is a member of the international reference group for the Biogas Research Center, a centre of excellence in biogas research at LiU. He was also the obvious choice for principal speaker when the EU ATBEST programme, financed within the seventh framework programme, held its first international conference, ”Biogas for the future”, in Linköping.

“We could increase the production of biofuel in Sweden by a factor of four within ten years,” he claimed.

He is full of energy and a source of captivating similes that bring laughter to the participants while at the same time stimulating thought. One such simile is that the microorganisms responsible for digestion in a biogas reactor are social beings with their own internet – which we, unfortunately, do not have access to.

“They communicate using nanowires, and they have a great deal to talk about. It’s our task to get them to collaborate even more closely.” Willy Verstraete points out that biogas researchers around the world must start to seek not only new microorganisms that produce methane, but also those that communicate and bind together what otherwise are completely disorganised systems.

This is because the yield of biogas is highest in organised systems.

“We have only recently discovered these microorganisms, and we have the idea that they are ugly and nasty. They are many, they collaborate and they undergo continuous change. It’s possible that we have not yet identified as many as 80% of microorganisms. The good news is that they follow the laws of nature, and if we could just find out how they interact, we could start to help and modify them,” he says.

Possible fields of use include probiotics, to improve or reinforce biological processes (such as those in a biogas reactor), and food.

The fact that microorganisms undergo continuous change is also a challenge when biogas production is to be industrialised.

“It’s not possible to patent microorganisms, and this upsets traditional thinking,” he says.

“Twenty percent of the microorganisms should actually be doing the job, and the other 80% fired up to challenge them. And this requires immigrants, new genes that bring disorder to the system and increase its efficiency. The more diversified the system is, the better,” he says.

He concludes by reminding us that water is a finite resource and that using drinking water to flush the toilet is not sensible.

“People don’t want to talk about what’s nasty and disgusting, but the waste products from the human body are also resources that can be used.” 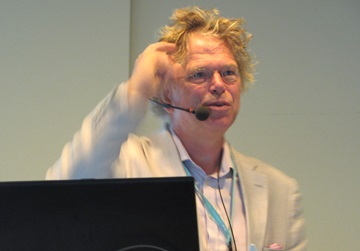 Professor Björn-Ola Linnér, from the Department of Thematic Studies, Environmental Change, at LiU spoke warmly of biogas, since it can help us to manage several of the challenges facing the world.

His message was clear: it’s not possible to focus exclusively on the climate. All questions that concern the climate and the environment are coupled to other challenges such as being able to manage ocean pollution, poverty, hunger, ill-health, ensuring the global supply of water and sanitation, sustainable energy supply for all, security, world peace, and many other issues.

“It’s dangerous to believe that all the technology has already been developed, and it’s simply a case of using it. This might work, but only if we dramatically reduce our consumption. Actually, more research and new technology are both required,” he said.

He further pointed out that during the climate conference in Paris in 2015, only 31 countries even mentioned biogas in their undertakings to reduce climate change. Most of these were developing countries.

“There was a lot of talk about ‘transformation’ during the climate talks, i.e. change and a new way of looking at things, but the final results in the agreements that were reached talk instead about ‘transition’, in which one source of energy is exchanged for another. Transformation was considered to be too radical.”

Björn-Ola Linnér suggested that biogas may play an important role in transformation, since this does not involve only advantages for the climate. “Biogas will help us to achieve several sustainability objectives,” he said.

EU is to be a world-leader

Susanna Pflüger, general secretary of the European Biogas Association informed participants about what is happening in the field in Brussels. 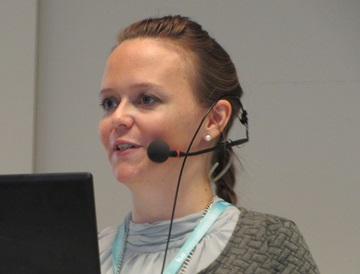 “A transition to a circular economy is being given a high priority, but objectives have not been set for individual countries, only at the overall level.”

The EU is to be a world-leader in reuse and recycling. It is to achieve the leading position and maintain it.

However, one of the obstacles she saw was that decision-making is now being taken away from Brussels and passed to the member states.

“Few countries take action unless the EU gives them a push,” she said.

She and the organisation she leads have, however, important targets to aim at:

An internal market for biogas and products of digestion
The acknowledgement of biogas as a domestic, renewable fuel
Uniform regulations that apply to other biofuels, environmental labelling, etc.
Recognition of the environmental benefits of biogas. These include reductions in emissions of carbon dioxide and methane, the possibility of reusing phosphorus and other nutrients, a reduction in the use of artificial fertilisers, and many more.

The ATBEST conference included also scientific presentations on such topics as process optimisation, the optimal use of biogas, and – not least – industrial opportunities. Volvo, Scania and Volkswagen were present at the conference and filled a showroom with the latest technology within the transport sector.

“It also became clear during the conference that we must in the future regard digestion facilities in a broader perspective, optimising the systems for several environmental factors. Nitrogen, for example, can be reused in the production of proteins,” says Annika Björn, senior lecturer at the Department of Thematic Studies, Environmental Change, and a leading light in the organising committee of the ATBEST conference.

South Africa’s largest city, Johannesburg, wants to reduce its impact on the climate, solve its problems with waste and become an environmentally sensitive city.