A creamy drink gives a greater feeling of satiety (fullness) and releases larger amounts of satiety hormone than a low-fat drink with the same calorie content. This is the conclusion of a study by researchers at Linköping University presented in the scientific journal Peptides. 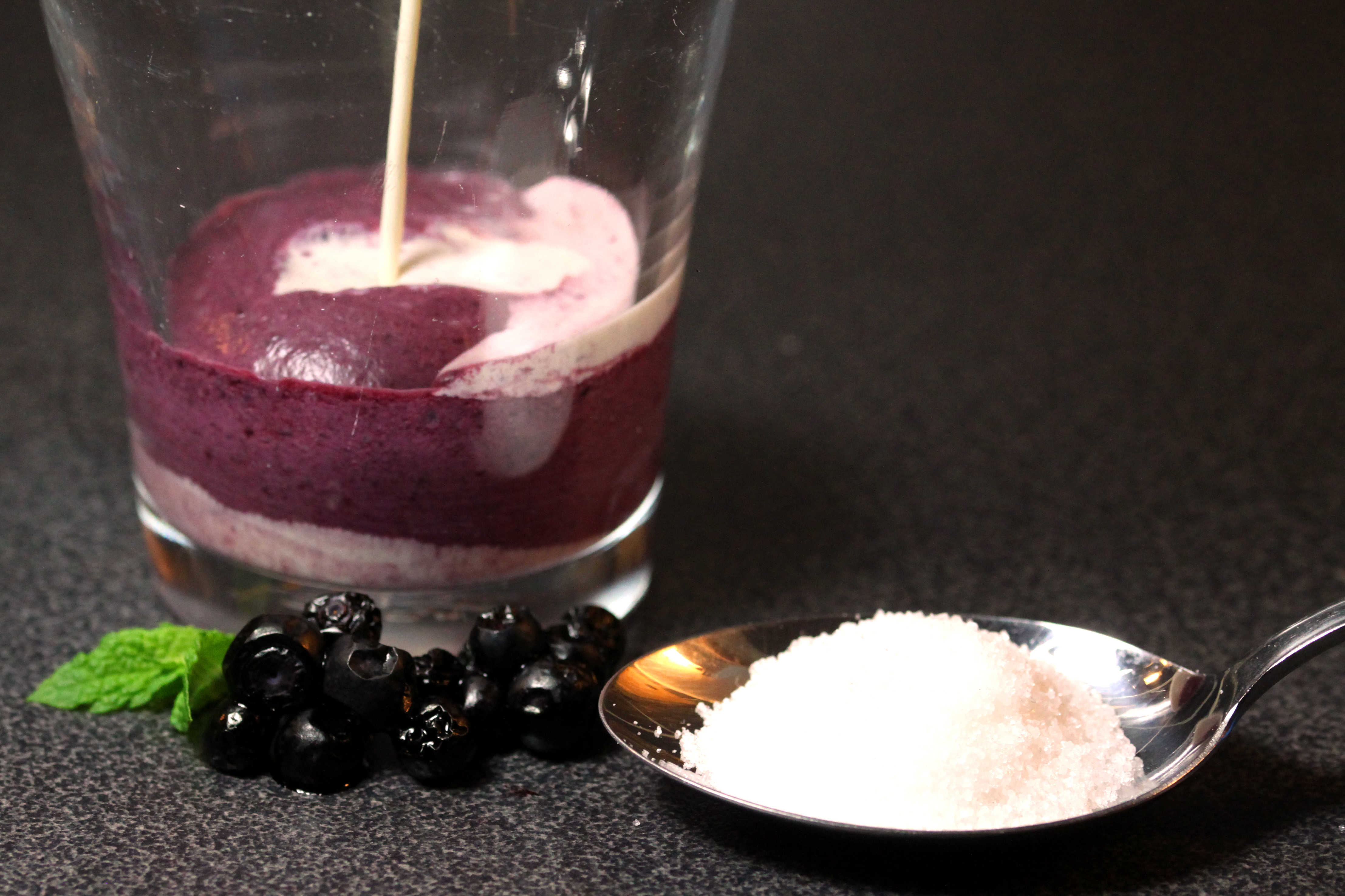 Calories in the smoothie came from either fat or carbohydrates.

All calories are equal, aren’t they? Researchers at Linköping University have compared drinking 750 kcal in the form of a sweet low-fat smoothie with drinking the same number of calories in the same volume of a creamy high-fat smoothie. The researchers studied not only the effect of the amount of fat or carbohydrates in the drinks, but also the effect of ingesting the meals either as one large drink or dividing it into five smaller portions with 150 kcal in each, to be drunk every half hour. The investigation was carried out in a strictly random manner with healthy volunteers: seven men and seven women aged 20–26 years. All participants tested the four different ways of consuming the 750 kcal, and consumed the drinks in the presence of the investigators. 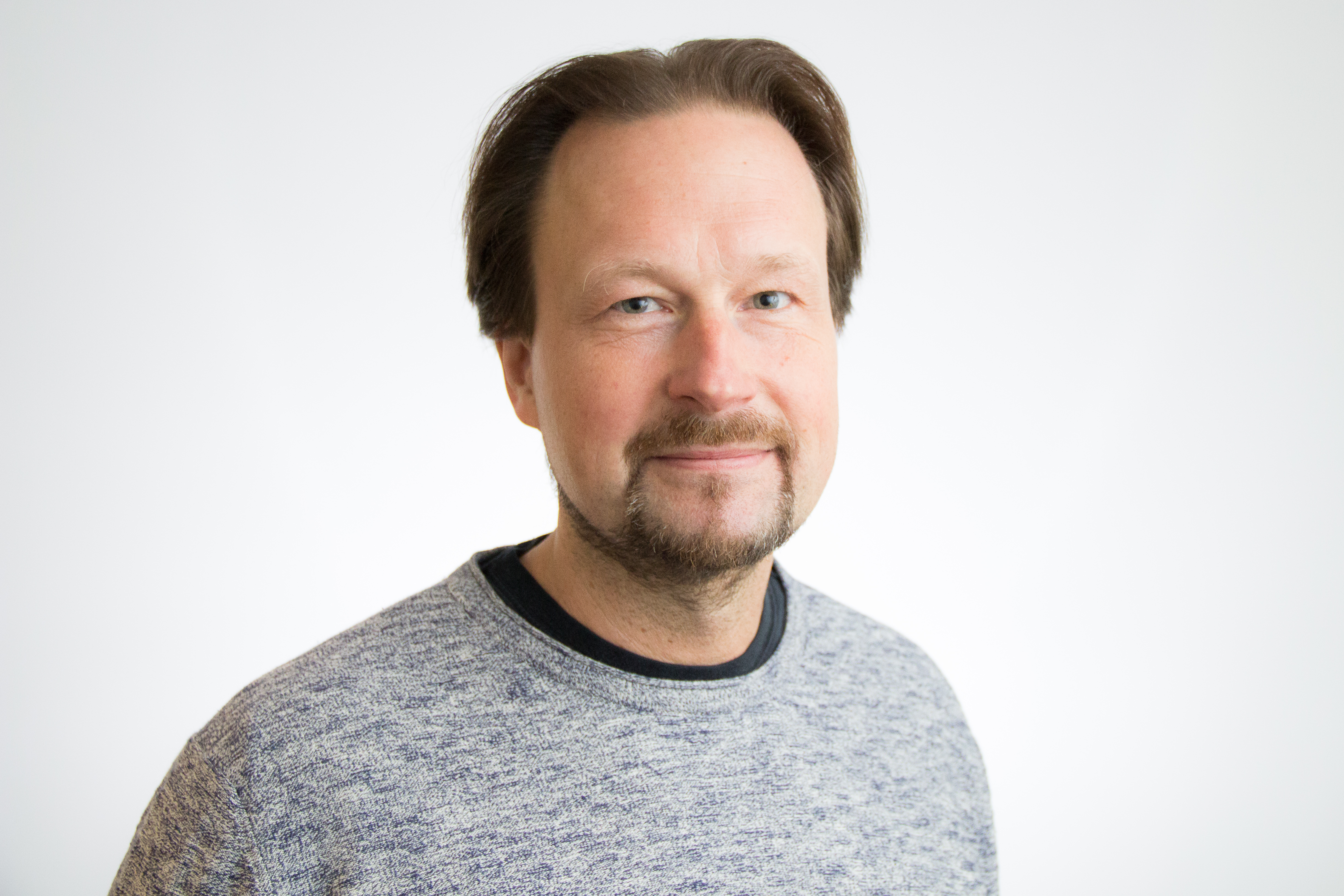 “We measured the energy expenditure during the following three hours – it takes energy to digest food. More energy was required to deal with one large meal than several small, no matter whether the meal in question was the high-carbohydrate or low-carbohydrate drink. So the idea that one should eat small amounts often to maintain a high energy consumption is totally wrong. Our study shows that the opposite is true,” says Fredrik Nyström, professor at the Department of Medical and Health Sciences at Linköping University and principal investigator.

The researchers also measured the levels of several hormones in the blood during the three hours, including the satiety hormone GLP-1. This hormone is targeted by drugs against obesity and diabetes type 2. The feeling of satiety was investigated by asking participants to state how hungry they felt every half hour. 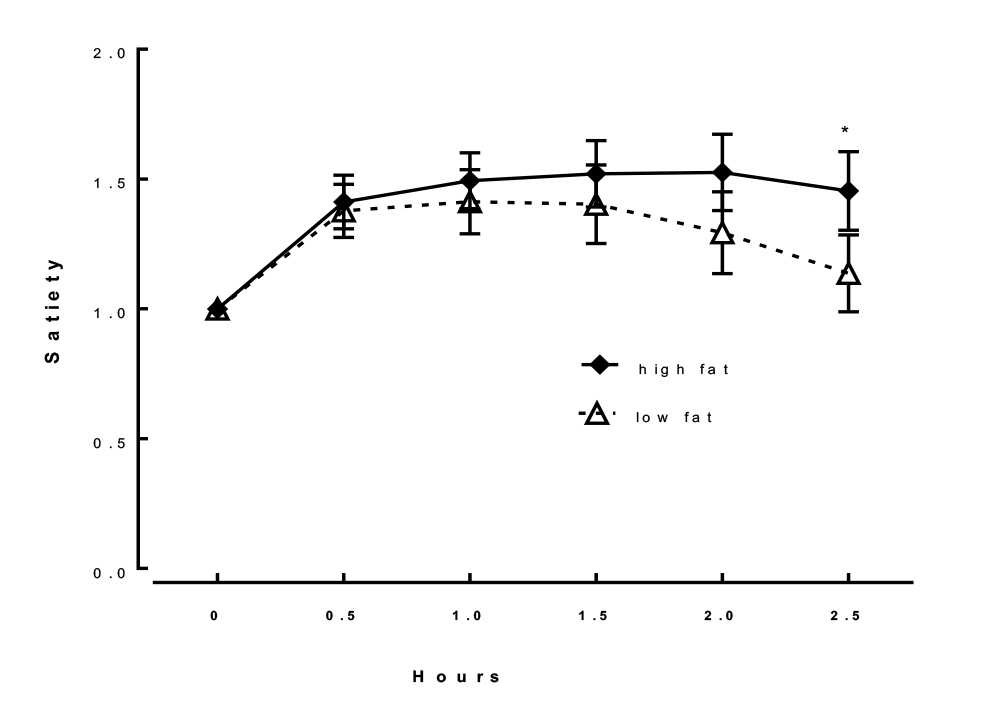 The graph shows the feeling of satiety after consuming 750 kcal at Time 0 either from a low-fat drink or from the same volume of a creamy high-fat drink.

“All of our results confirm the idea that it is easier to overeat when you eat low-fat foods. The feeling of satiety is lower from sweet calories than it is from fatty calories,” says Fredrik Nyström.

The study has received funding from Region Östergötland, the Department of Medical and Health Sciences at Linköping University, the Swedish Heart-Lung Foundation, and the Gamla Tjänarinnor Foundation. 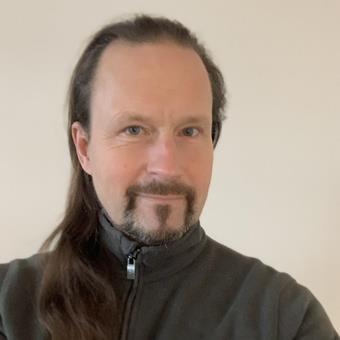