Mars Photo credit: OpenSpaceThe project has developed the OpenSpace software, which now contains huge amounts of information about planets and their orbits, simulation data, space weather, satellite images, data from robots that have visited planet surfaces, data about the positions of stars and galaxies, and much else besides.

“The information comes from many different sources and arrives in many different forms. The platform we develop makes it possible to study phenomena with extremely different scales of time and space, in one unified context,” explains Emil Axelsson, research engineer at the Division for Media and Information Technology (MIT) at LiU.

He is one of the researchers developing OpenSpace, in collaboration with researchers at the University of Utah, New York University, the American Museum of Natural History, and NASA.

The international research team has several LiU students working in the project. They are studying media technology and engineering, and visit LiU’s partners for their degree projects. 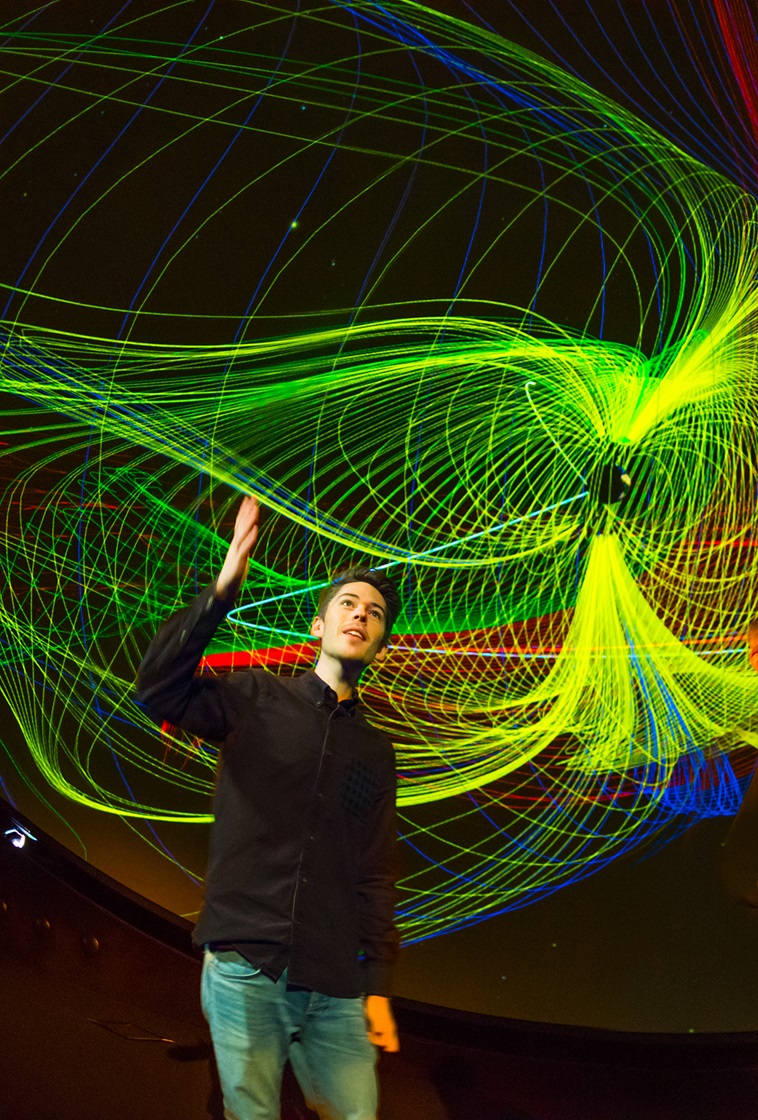 Emil Axelsson Photo credit: Thor Balkhed
“We had six of them out travelling in the spring, and next year we plan to send out more. I have a Skype meeting with them once a week, which ensures that they get the supervision they need,” says Emil Axelsson.

A trip to Mars is the result of a degree project carried out by Karl Bladin and Erik Broberg, who travelled to New York and the American Museum of Natural History. This degree project resulted in a scientific article, which received the best paper award at one of the major research conferences in the field in the US, IEEE Vis.

The authors show in the article how to select and integrate data from several sources, and how to use visualisation methods to render high-resolution terrain models of the Martian surface. The visualisation is interactive, which means that the viewer can fly completely freely above the planet. The article describes other applications, such as the work carried out by planetary probe New Horizons, photographing the surface of Pluto.

This degree project and several others have been integrated into the OpenSpace system, which means that we can start on the Earth and explore the universe, fly by Pluto and then land on Mars.

OpenSpace is primarily a research tool, even though it is admirably suitable for visualisation in large-scale dome theatres such as Visualization Center C, in VR headsets, and on visualisation tables.

“We can visualise what we know, and we can also show how we know it,” says Emil Axelsson. 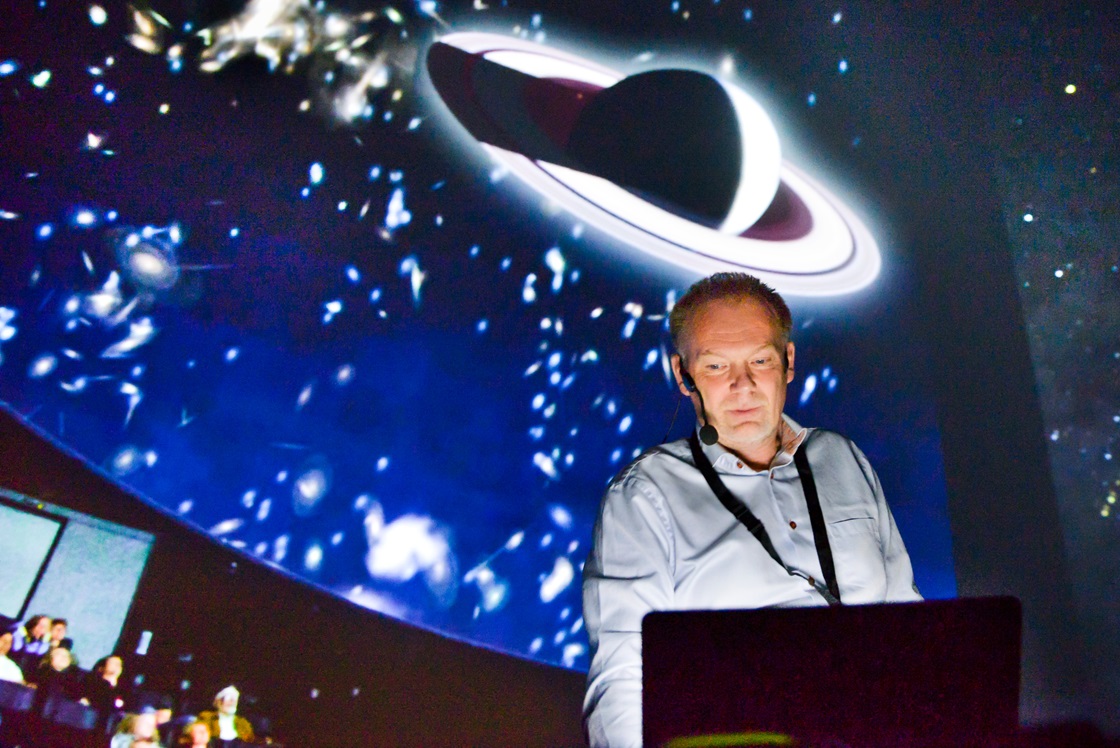 Anders Ynnerman Photo credit: Thor BalkhedThe journey to Mars is one of the products now undergoing further development in WISDOME, which has received extensive research funds. Linköping University and Visualization Center C received in January 2017 a donation of SEK 150 million from the Knut and Alice Wallenberg Foundation, which is celebrating its centenary this year. Visualization Center C in Norrköping is to use SEK 70 million to buy new computers and projectors, and to develop new content. The rest of the donation will be used to enable the productions developed in Norrköping to be disseminated to the National Museum of Science and Technology in Stockholm, Universeum in Gothenburg, the Science Center in Malmö, and Umevatoriet in Umeå, each of which has received SEK 20 million.

The project is called the “Wallenberg Immersive Science Communication Dome”, or “WISDOME”. Both WISDOME and the OpenSpace project are led by Anders Ynnerman, professor of science visualisation at Linköping University.

The Sciss company arose during the aftermath of the Columbia space shuttle disaster in 2003. LiU alumnus Staffan Klashed was head of the company for its first 12 years, and today Sciss markets the planetariums and experiences all over world.