Lives and conditions in different environments 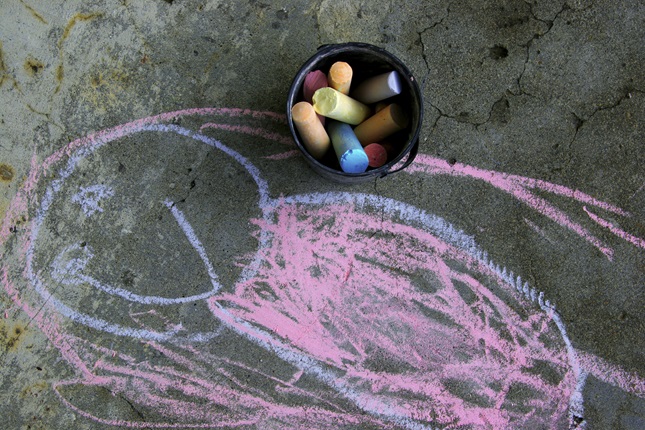 Linköping University is home to extensive research on children, young people and perspectives on childhood. The research is multidisciplinary and is conducted at several different institutions.

Central issues are those concerning children and young people's lives and the conditions in different environments such as the family, school and social welfare institutions. In the school environment, we look at interplay and interaction in the classroom, for example, whilst the current research into social welfare institutions deals with matters such as how responsibility for children is to be distributed between parents and state, and between school, social services and NGOs.

The researchers also study childhood historically and culturally, as well as children's early development. Where children's psychological development is concerned, there is a focus on typical and atypical cognitive and socioemotional development in the early years of life.

What obstacles and difficulties do pupils with different disabilities experience at school? How can we get them more involved and active? Through assessments using SSI, individually support measures and technology support the participation increases.

RemindMe is a new web-based planning and reminder aid. We are developing and testing the new digital tool, which is a support for individuals to remember activities and plan their day-to-day life.

The child, the state and the market in time and space

This research strand concerns how children and childhood are affected by time and space. A historical perspective is essential, but the regional, national and global spaces in which children live are critical as well.

The health, well-being and quality of life of children and youth

The health, well-being and quality of life of children and young people is a central research area at Child Studies.

The visual and material culture of children and childhood

Who is redressed when the state decides to deal with atrocities in the past? This project investigates the outcome of the Swedish financial redress scheme aimed at victims of historical institutional child abuse.

The Age of Inquiry

This pilot project is mapping the rise of inquiries into historical institutional child abuse to better understand the form and remit of different inquiries, and to illuminate global trends and national differences.

Epidemiology and prevention of sports injuries

Our research includes study of injury occurrence and risk factors in sports. We also evaluate the efficacy of injury preventive measures, and their effectiveness, including applicability in different sports and sporting populations.

Disabled children have the right to leisure and recreation, but it can be difficult to find suitable activities. We study opportunities and obstacles for a meaningful leisure time from a child perspective.

A Feminist Analysis of Medical Screening

Medical screening is an expanding part of healthcare, and more and more diseases can be screened for. Because of this, we need to understand what screening means and does – and screening does more than just find disease.

Growing up with digital world

The recent surge in availability of digital media has made media accessible even to very young children. However, we know very little of the effects of digital media on infants social and cognitive development.

The welfare of the child and the reproductive rights of adults

Is it a right to have biological children? Should treatment with conception be available to all, or should availability be restricted? We study how Swedish legislation and fertility clinics deal with these ethical dilemmas.

Internet use and participation

How do young people with intellectual disabilities use internet to take part in everyday digital life and an ever more internet based society? We explores this question from the target group’s own perspective, using methods adapted for the purpose.

Eye Gaze based AT

Technology controlled by eye movements open up new worlds for children with severe physical impairments without the ability to speak. Eye controlled computers make it possible for them to explore, play and carry out everyday activities themselves.

Health surveys as a categorization of young people’s wellbeing

The research involves children with disabilities, from complex and severe physical disabilities to children and young with ADHD or intellectual disabilities, as well as those not officially diagnosed but who need special support in school.

At the Child and Infant Lab we study several aspects of children's memory and social abilities. Some of these are attention, imitation, thinking and language.

Support at school and the transition to upper secondary school, further studies and work

We look at the transition process from secondary to upper secondary school, further studies and/or work for young adults with neuropsychiatric disabilities.

Approximately 70,000 Finnish children were evacuated to Sweden during World War II. The project explores the socio-political circumstances of these transports. The findings concerns the reception of unaccompanied refugee children today.

Researchers at Linköping University have investigated municipal parent-support measures and how they are experienced, particularly by parents with a non-Swedish background.

The number of foster homes in Sweden doubled when Finnish children were evacuated during World War 2. Researchers are looking at how it was possible to mobilise so many homes and how separating children from their parents was viewed.

Trauma can cause diabetes in children

Divorce, death, a new sibling or other life crises can triple the risk of children developing type 1 diabetes. For children with a predisposition to diabetes, the risk may be 12 times higher.

A good parent should be self-sacrificing, happy and have a lot of time for their children. These are the findings of a study based on how adoptive parents are described in investigation reports prior to international adoption.

At LIU play is studied among other things in relation to children's learning of maths in preschool, children's language development, and the use of language, and children's reading and writing ability.

At Linköping University the primary research on bullying focuses on social processes, peer culture and interaction patterns, as well as on children and young persons' stories and perspectives.

The interplay of pupils and learning

Among other things, research into this fiels at LiU investigates how teachers handle different disturbances in the classroom, and how teacher education students can learn to manage provocations.