LiU conducts world-leading research within the field that encompasses both advanced image processing and the conversion of enormous amounts of data into understandable images, maps and diagrams. The results are also used for augmented reality and immersive environments.

Ever-increasing amounts of information and torrents of data are placing ever-greater demands on us with respect to sorting and analysing, in order to take wise and well-informed decisions. 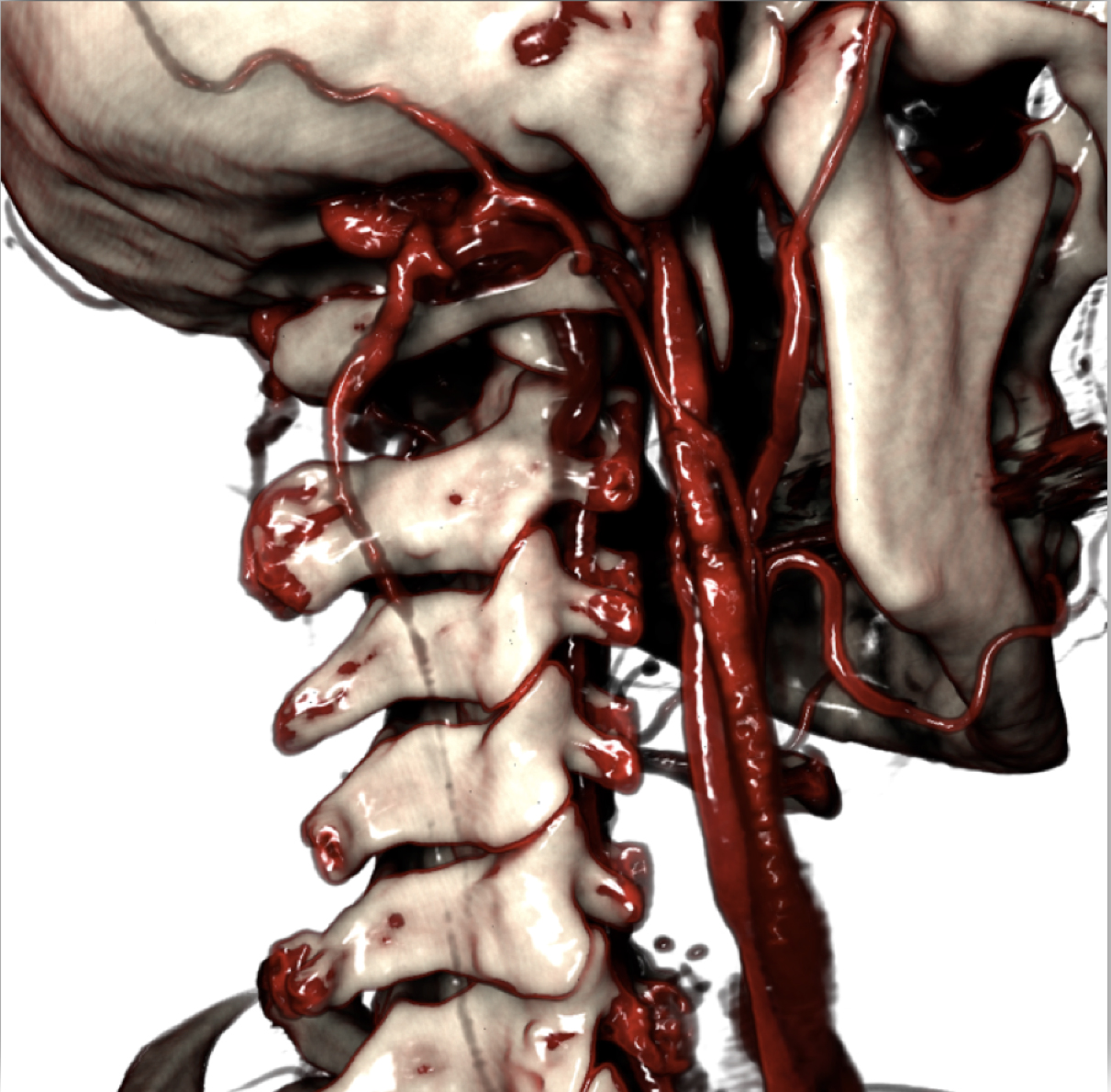 Visualiseringscenter 2017
Research at LiU has produced advanced algorithms and methods to convert terabytes of data to the megabytes that humans can cope with and understand. Just as important are the processes by which instructions are sent back to the systems as useful signals. People and automatic systems must be able to collaborate in a robust and trustworthy manner, even in emergencies.

Huge quantities of information can be visualised in diagrams and graphs. Virtual objects can be placed into images of real surroundings, in a technique known as “augmented reality”. Immersive environments, such as the Dome in Visualization Center C, open new possibilities, but place additional demands on both calculation methods and design. Pioneering research in these areas is carried out at LiU.

The future may bring an intelligent holographic avatar that answers questions and provides support and advice. There’s already one in the LiU laboratory.

LiU’s research has resulted in commercial products such as the visualisation table, which is sold all over the world, and in highly praised arenas open to the public, such as Visualization Center C in Norrköping.

Computational Design for Optimality and Robustness

The aim of the project is developing and using computational design methods for design of gas turbine components. The project is a collaboration with Siemens Energy AB.

Advanced CT creates amazing visualization of the beating heart. However, the complex interactions of blood flow are not fully reflected by these images. This project aims to extract blood flow data from CT images using image-based simulations.

Seeing organ function (SOF) is a visionary project with ambitious goals. By starting with a medical problem we work interdisciplinary, linking medical research and clinical use with novel technique.

Sound can be used to simplify understanding of a visual representation of research data, or to improve the outcome of an interaction between human and a machine. To use sound in this way is called sonification.

Our research environment is located at the division of Media and Information Technology on Campus Norrköping. Our work draws on 20 years of research, focusing on visualization and interaction in the context of AI, autonomous systems and software.

The computer graphics and image processing group is driving a number of research projects directed towards the development of theory and methodology for image capture, image analysis and image synthesis.

An international research team with members from Linköping University has discovered a new material with a thickness of a single layer of atoms. The properties of the material, beryllonitrene, are similar to those of graphene.

The Center for Medical Image Science and Visualization is first in the world to install a completely new type of computer tomograph in a clinical environment. It provides considerably higher resolution and gives significantly smaller radiation doses.

A control room in the industrial sector often comprises a wall of shining displays showing different parts of the production process. In her doctoral thesis, Veronika Domova aimed to develop a control system design, better adapted to human abilities.

The organisers had planned for 1,000 participants at the two conferences in visualisation in Norrköping, Eurographics and Eurovis. But 2,300 registered, and they presented 100 streamed video sessions that have been viewed nearly 38,000 times. So far.

Ben Shedd, winner of several awards for his scientific films for dome cinemas, is LiU’s first guest professor in visual scientific communication. The guest professorship has been financed by a donation from the Knut and Alice Wallenberg Foundation.

Paradigm shift to give superfast supercomputers

“In just a few years we’ll have supercomputers that work at exaflop speeds. We are witnessing a paradigm shift.” The words are those of Thomas Sterling, a grand old man in supercomputing and professor at Indiana University, visiting NSC and LiU.

The National Supercomputer Centre, NSC, celebrated its 30th birthday by bringing five supercomputers online, the largest, Tetralith, currently the most powerful in the Nordic region. It also deepens the collaboration between NSC, SMHI and MET Norway.

Augmented intelligence is the first platform in the Vinnova-financed Visual Sweden, based at LiU’s Campus Norrköping. Two new laboratories constitute meeting places in which researchers can collaborate with participating companies.

The Sciss company arose during the aftermath of the Columbia space shuttle disaster in 2003. LiU alumnus Staffan Klashed was head of the company for its first 12 years, and today Sciss markets the planetariums and experiences all over world.

The Knut and Alice Wallenberg Foundation has granted an additional billion Swedish kronor to extend the Wallenberg Autonomous Systems and Software Program (WASP), with a broad investment into artificial intelligence.

“We are facing a new scientific paradigm, since advanced fundamental research can now be presented in a manner that visitors understand. We call this ‘Exploranation’ ” says Anders Ynnerman at the Knut and Alice Wallenberg Foundation Symposium.

Human or robot, or a bit of both

The topic of the Knut and Alice Wallenberg Jubilee Symposium held at LiU was “Materials and Technology for a Digital Future”. The symposium focussed on technology and materials that mimic humans, but the range of topics was broad.

Taking tissue samples to diagnose fatty liver can be replaced in most cases by a painless magnetic resonance investigation, according to a new study.

Grab hold of the nanoworld

Is the nanorevolution at the door? Maybe. Researchers are working on developing visual worlds that will get the general public to understand the risks and advantages of nano technology.

Work within interaction design focus on user experience. The research also studies how visualisation of huge quantities of data can be experienced as reliable decision-support information, and how the expertise of the user can be exploited.